Teens Are Going to Have Sex and Drink, You Can’t Control That…Not!

National survey’s conducted by authoritative bodies have indicated that 40% of high school seniors report having drank alcohol in the past month (National Institute of Drug Abuse, 2012) and that 47% of high school students state that they have had intercourse (Youth Risk Behavior Survey, CDC, 2012). The communality of these behaviors causes some parents to throw in the towel and declare that they can’t be stopped. However, it’s pretty clear that it’s ill advised for teens to use substances and have sex. (What sense does it make to throw a toxin at a brain that is still developing? What sense does it make to allow a teen to engage in the most intimate, and potentially risky, of interpersonal behaviors when that teen isn’t mature enough to live independently?)  As a clinician I see the havoc that can occur when teens have sex and use substances. So, for those of you who are prepared to fight this fight, here are some tips for keeping your teen safe:

#1: Carve out an hour of one-on-one time each week. An open channel of communication makes it more likely you’ll be in the loop. During this time all you should do is listen, affirm (legitimately and proportionally) and express positive sentiments. This free download explains the exercise, as does Chapter One of my parenting book, WPTF. You may also value reading Conversation Starters for You and Your Teenager.

#2: Be open to your teen changing your mind when he or she makes a good

argument. Research suggests that teens are more likely to lie to their parents when they believe they can never win an argument, no matter how much they are in the right. I wouldn’t give in for the sake of giving in, but I would be open to being in the wrong and letting your teen know when he or she has made a good point.

#3: If your teen wants to do something, and you’re inclined to say “no,” ask yourself three questions. This thing your teen wants to do: is it physically dangerous? Is it psychologically damaging? Is it too expensive? If the answer to all three is “no” then I’d seriously rethink the “no” as promoting independent decision making is a very important parenting goal.

#4: Try to be the first one to discuss all sexual topics with your child. You don’t want the popular media, other kids or other adults to be the ones to define a certain topic as they may not share your values. This means staying ahead of the curve and starting sex education early. By the way, I wish all teens would read Seductive Delusions: How Everyday People Catch STDs, if only the first chapter on herpes.

#5: I would want to have four questions answered to my satisfaction before my teen leaves my eye-line outside of school: Where are you going? What are you going to be doing? Who are you going to be doing it with? What adult is responsible for monitoring (which can be at a distance, if appropriate)? Judge Judy has a tagline regarding teenagers. She asks, “How do you know when a teen is lying?” Her answer, “When their lips move.” While I doubt Judge Judy means that literally, her point is well made. I’m also becoming increasingly favorable towards technologies that allow parents to track where their teens’ cell 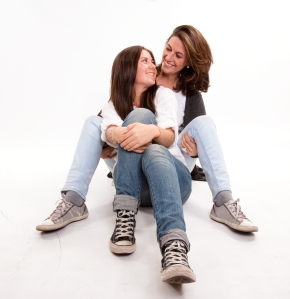 phones are. Finally, keep in mind that you are trying to create in your teen’s mind that he or she should think six times about doing something risky because you’re apt to find out.

#6 Maintain open lines of communication with the parents of your teens’ friends. For instance, I know one mom who organized a monthly breakfast where experiences could be shared. And, I wouldn’t let my teen go over another teen’s home unless I felt confident that the adults who lived there shared my ideas about monitoring. (You wouldn’t believe the stories my teen clients tell me about the things they do in homes where adults are present.)

#7: Support the pursuit of your teen’s competencies. Bottom line: a teen who is on display for his or her competencies is less inclined to engage in risky behaviors, has less free time to do so and is associating with teens who are in the same competency boat. (I cover strategies for pursuing this in WPTF.)

#8: Pursue rituals. The bottom line: rituals are a protective shield against life’s slings and arrows. Adaptive rituals also leave less time available for risky behaviors. Two rituals that rock, in terms of being correlated with a plethora of positive outcomes for teens, are family meals and practicing a religion. (See WPTF for more.)

#9: Talk about and model healthy behaviors. Of course, it is way better to be a

hypocrite and expect healthy behaviors even when not modeling them, than to throw in the towel.  But, it’s a more effective sell if you walk the talk.

In closing keep in mind that it’s your teen’s job to rail against your efforts (i.e., to promote his or her independence). That’s healthy. Indeed, I might worry a little about a teen who doesn’t push back. They’ll thank you later, though probably not until after you’re dead ;-).