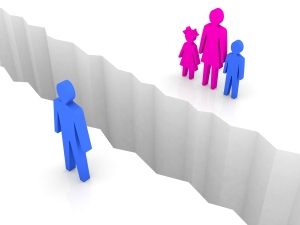 One of the side effects of being stressed out is that parents can enable, or even cause, triangulation with their children. Triangulating takes many forms. It can be one parent criticizing the other parent to children, forming a bond with the children against the other parent. It can be a child trying to subvert the authority of one parent by going to the other parent for a different ruling. These exchanges can be subtle (e.g., one parent remaining silent while a child criticizes another parent) or overt (e.g., telling a child that s/he doesn’t need to listen to another parent’s directive). No matter the form, however, they are usually harmful to all relationships involved, even though it can seem like two people are drawing closer because of a shared put down. Here are some tips to try to deal adaptively with the underlying issues:

• Be open with the other parent about what you believe s/he is doing well together with any concerns that you have. Do the former as often as you can, including in front of your kids. Do the latter sparingly, and never in front of the kids.

• Don’t let your child slam the other parent to you, even if you believe your child 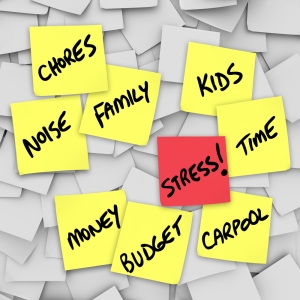 is correct. Instead, encourage your child to take his or her concern(s) to the other parent or another helpful adult (e.g., a therapist). This is done mostly for your child’s sake.

• Affirm the other parent’s motivations and goals with your child (most of the time these are pretty good—differences usually occur regarding the methods, not the goals and intentions). Providing empathy for the other parent can be another helpful thing to do. This one goes hand-in-hand with the previous recommendation.

• Assuming you are still together, make sure to spend one-on-one time with the other parent doing something fun each week. Don’t thing of “finding” the time for this. “Make” the time for this, knowing that this often means that something else that is important, but less important, is set aside. Your relationship with your partner is an orchid. And, of course, if an orchid is treated like a cactus it wilts. (You can search this blog or my parenting book for a variety of strategies for couple care.)

• If your child comes to you for permission or a ruling on something, and you’re the first parent being consulted, and there is some chance that the other parent would have a problem with your leaning, try to create a pause and consult with the other parent first. I know that sometimes this isn’t possible. But, when it is possible it’s often worth doing the extra leg work to spare everyone the drama.

• If you and the other parent disagree about how to respond to your child’s request, try using the problem solving technique to see if that might get you on the same page.

regular basis. This helps to model adaptive relationships and also communicates that you are united.

• If significant triangulation seems unavoidable please consider seeking out the services of a qualified mental health professional. For a referral click here.