Are We Conditioning Selfishness in Our Kids During the Holidays?

A student of mine recently forwarded this YouTube video to me (thank you Mary Ware!). It is by David Maxfield and Joseph Grenny, New York Times bestselling authors of Influencer: The New Science of Leading Change. In this video the authors report that they invited 50 kids, ages 5 to 8, to a Christmas party. After first dosing them with holiday joy, a man playing Santa interviewed the children; joining them was another child. After the interview one of Santa’s helpers offered the kids a choice. Santa, Santa’s helper and the second child were all assistants of the researchers (i.e., the other child was not a subject in the experiment but someone playing a part). There were two conditions for the interview. In the first condition, Santa asked the child-subjects the traditional questions we tend to ask our kids in November and December; these were all along the lines of, “what do you want to get?” In the second interview condition, Santa asked the kids versions of, “what do you want to give?” (It’s thought provoking to watch the kdis struggle with the latter quesion.) The kids were then shuffled to Santa’s helper to make a decision. The child-subject was offered a choice of two pieces of 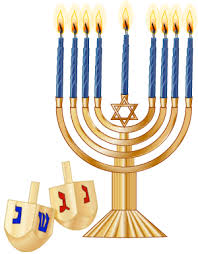 This YouTube video is not a research study published in a scholarly journal; for this reason we need to be even more cautious than normal in the conclusions we reach. However, I think this video is thought provoking and challenges all of us to wonder if we might do well by our kids to modify some of our holiday procedures (e.g., imagine that the people being interviewed were not cherubic children but fully grown adults). So, in the spirit of that concern, here are six tips:

1. Focus as least half of your questions to your child on what she or he plans to give. This isn’t about depriving you or your child of the traditional holiday “magic.” This is about encouraging you and your child to spend at least equal time on that which better promotes wellness.

2. Collaborate with your child on what she or he might give. This could certainly include purchases, but could also include acts of kindness, productions of art, or offerings of labor.

3. Join in a project of sending holiday cards to loved ones. (Cards personalized with your child’s input are likely to be better received anyway.) Of course, you can prioritize how much your child contribute 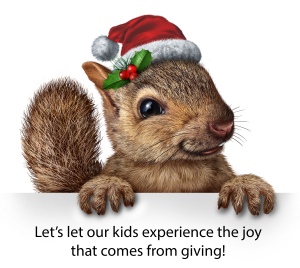 s based on who the card is going to and your child’s age.

4. If your child needs cash for presents you might allow him or her to do extra chores to earn what you previously would have just forked over.

5. Consider a family kindness project such as giving to a food bank, helping at a soup kitchen, giving away used toys and clothes to charity or giving to a family in need. Be sure to collaborate in choosing a project and discuss what it felt like afterwards.

Here’s a 7th tip thrown in for good measure: watch the movies Happy and I Am over the holidays (streaming choices are also available); both of these movies are projects of Tom Shadyac; Mr. Shadyac, IMHO, is a contemporary prophet (i.e., someone who offers initially uncomfortable, but ultimately life giving, counsel that challenges common perspectives that make people sick). In an interesting and engaging manner, both of these movies review aspects of what the field of positive psychology indicates promotes happiness. If your kids are old enough to sit through and appreciate these movies, family discussions about them could serve as a catalyst for life-giving changes in the new year. Otherwise, watch them on your own or with your significant other; I think you’ll be glad you did!