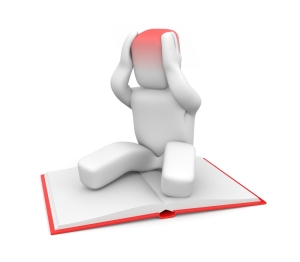 e!” “I suck at sports!” “I have no friends!” Most parents have heard lamentations like these. Our typical response is to reassure our kid and offer contradicting evidence. However, there are many occasions when that approach seems to escalate the problem. This is because if a kid is being influenced by a depressed or anxious mood, such reassurances are heard by her as “knock it off. You don’t have any reason to feel this way.” Our kid’s response is then to insist, often with more distress and an offering of data, that the negative thought is true. The technique of thought testing can be helpful in these instances.

Step #1: Get to the core thought. Our thoughts are like onions; core thoughts are the deepest layer of the onion. Sometimes our kid offers a core thought right at the start, like the ones I listed above. If so, we can skip this step. Otherwise, a kid can seem disproportionately upset about an activating event, like not getting invited to a party or making a mistake during a game. You can start by asking, “what does it mean that Monica didn’t invite you to the party?” A kid might say, “she doesn’t like me.” You can then respond with, “okay, let’s say that’s true. What would it mean about you that Monica doesn’t like you?” A kid might then say, “I have no friends.” Core thoughts are usually expressed in a few words and represent black-and-white and negative conclusions about oneself, others or the world at large. Write down the core thought at the top of a piece of paper, then draw a vertical line in the middle of the page underneath the core thought. On the left side write “facts supporting.” On the left write “facts contradicting.” 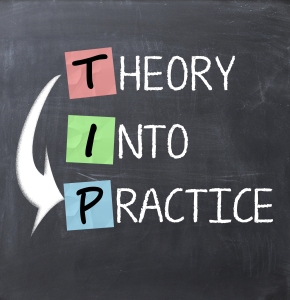 Step #2: Collect supporting facts. This is the step that opens up a new universe for your relationship with your kid. You say, “okay, what are the facts that support this thought? By facts, I mean things that a police officer would write down, or things that could be used in a court of law.” (You might have to do different kinds of teaching regarding what a fact is depending upon your kid’s age and intelligence.) If your kid suggests some facts in support of the thought, write it down as a valid point. The kid might say, “I didn’t get invited to Monica’s party.” You might say, “you’re right. That is a fact that suggests you have no friends so we’ll write it down on the left side. What’s next?” So, instead of arguing against the core thought, you’re asking for the data that supports it. This is what’s new. Usually a kid will have 2-4 facts, and rarely more. Just be sure you write down only facts, not what you kid imagines, guesses or implies.

Step #3: Collect contradicting facts. When your kid says she has no more supporting facts, ask if there are facts that contradict or disagree with the core thought. Usually, these start cascading from your kid (as long as you’ve done the first two steps that is). Feel free to add here-and-there but let most of the facts come from your kid. You write each one down on the right side. As you write, don’t let your kid see what you’re writing yet. It’s okay not to exhaust this side. You can stop once you have much more data on the right side.

Step #4: Give the list to your kid and ask, “Okay, you’re judge and jury. Is the thought true or false?” Your kid will usually express relief that the thought is not true. (In my parenting book I review an augmenting strategy for when a kid wants to assert that a given fact on the left side carries more weight than the facts on the right side.) 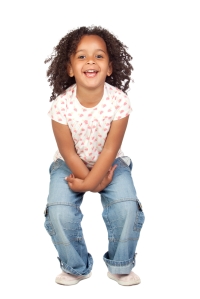 Step #5: Decide what you want to do next. Maybe you want to do “problem solving” regarding the activating event (search for that term on this blog site). Or, maybe your kid decides just to distract herself whenever she has this thought going forward, as it isn’t true.

I have two caveats. First, if the thought proves true, use it as an opportunity to do problem solving. Second, if thought testing doesn’t work for you, and your kid has a pattern of being distressed by negative thoughts, seek out a referral for a good child mental health professional. You can get a referral by clicking here.