Using Our Screw Ups to Help Our Kids

With this entry I hope to illustrate the truth of two psychological formulas: crisis = pain + opportunity and comedy = pain + time.

Our children, as they negotiate awkward developmental challenges, often feel as if they are the first human to go through the turmoil and awkwardness that is at hand. For this reason it can be very comforting to them to hear our related stories of failings and difficulties, assuming they see us as being generally competent. To demonstrate what I mean I offer the story below. I’ve used it with not only my own children, but with many teen clients, to help quell the terror that is often associated with first dating experiences.

At this point in the story I was 16 years old. Having never dated before, and being tormented by my father’s repeated choruses of “16 and never been kissed,” I felt desperate to put the experience of “the first date” in the rear view mirror. So desperate was I that I asked my next youngest sister–with whom I was generally at war–for help. Probably sensing that teasing me about this would be too easy, Sharon took pity on me and put forward a candidate for a first date: Molly (her name has been changed to hide the fact that I cannot remember her name).

As many males who are learning about female creatures have discovered, movies make for good first dates because they reduce the need to come up with things to talk about. So, I asked Molly to Romeo and Juliet and she said yes. Before the movie I considered what rules might apply in such situations. Where I got this from I don’t know, but I decided that a “rule” for such dates was that the guy should put his arm around the girl. Now, I knew Molly about as well as the woman who punched our tickets. However, being a first-born Irish Catholic, I thought it important to follow the rules, so I put my arm around her. Of course, it didn’t take long for my arm to grow as numb and lifeless as a piece of decaying meat…and, then it started to hurt. So, I had no choice but to retract it. But as it was numb and I could not control it well, I bashed the right side of Molly’s head as I withdrew it. A few moments later, as I was feeling badly both about having hit her and for violating the dating rule, I decided to put my arm back. However, as it was still partially numb, I smacked the left side of her head on the return flight. Of course, a few moments later, the pain returned. This time, though, I was determined to gut it out. Finally I could bear the pain no longer and knew that I had to retract it again. This time, however, I resolved, with as deep and as sweaty of a conviction as any 16 year old could muster, that I would clear her head. But, as my arm had become deaf to signals from my brain, I hit her the fullest this second time coming back…trying to salvage some aspect of this date I consulted my mental rule book and remembered that guys should buy snacks, which I offered to do and which Molly quickly accepted (probably just to enhance her safety). With all that had been 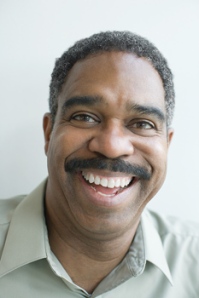 doing on with my right arm, I didn’t notice that my left leg had gone completely asleep. So, as I got up, I collapsed into the isle. Getting up somehow, I then galumphed my way up to the lobby like some actor playing a hyperbolic version of Igor. Such was my spectacle that when I returned to my seat a couple of people behind me started throwing popcorn at the back of my head.,..needless to say, Molly and I did not have a second date.

As mortifying as that experience was at the time, I have helped so many teenagers feel less alone and consider that maybe he or she is not as big of a screw up as he or she sometimes imagines. Indeed, the pain from that night–in a theater that was subsequently and thankfully torn down– has yielded more opportunities than I can count.

So, think of your mistakes and consider whether sharing them with your child might help you to discover hidden treasures. I would certainly enjoy hearing about any success you have, or have had, along these lines.