The purpose of this blog entry is to highlight recent research that demonstrates the importance of parental monitoring. 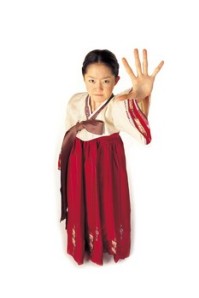 Teenagers not only have brains that are not fully developed in their capacity to control impulses, but they also often have a sense of invulnerability. This is why survey results of risky behaviors that teens engage are often alarming. An example of this is the Center for Disease Control’s just published 2009 survey of 16,410 high school students in the U.S. These are some highlights quoted directly from the summary document:

• Among the 69.5% of students who had ridden a bicycle during the 12 months before the survey, 84.7% had rarely or never worn a bicycle helmet.

• 28.3% of students rode in a car or other vehicle driven by someone who had been drinking alcohol one or more times during the 30 days before the survey.

• 31.5% of students had been in a physical fight one or more times during the 12 months before the survey.

• 19.9% of students had been bullied on school property during the 12 months before the survey.

• 19.5% of students smoked cigarettes on at least 1 day during the 30 days before the survey.

one person during the 3 months before the survey. Among the …sexually active students, 61.1% reported that either they or their partner had used a condom during last sexual intercourse.

In a subsequent blog entry I will summarize the results regarding the poor health habits that teens often engage in. For now, we all do well to institute a monitoring protocol that includes knowing, and approving of, the answers to three questions whenever our teen is outside of our eye line:

3.     What adult or adults are responsible for monitoring? (Keep in mind that effective adult monitoring might occur from another room in the same house, in the parking lot of an event, or in a restaurant next door. Of course, it’s also important to confirm that the monitoring adult is responsible and shares your values and attitudes about acceptable activities and behavior.)

Sometimes this can be complicated business. For a more thorough discussion please see Chapter Three of my book, Working Parents, Thriving Families.